DR CHERI FLORANCE is the President of Brain Engineering Labs in New York City.  A former National Institutes of Health (NIH) clinical researcher, she has helped highly visual children and adults improve attention, memory, listening, reading, writing and speaking for nearly 40 years. Now she consults internationally using virtual classrooms, highly individualised websites and video- teleconferencing.  She has worked successfully with many families in South Africa. Her services begin with a three-part evaluation, followed by direct training that is customised daily. Although highly trained with dual doctorates in speech-hearing science and psychology, she learned most from her son Whitney.  Contact details here please.  www.drflorance.com, www.ebrainlabs.com

‘Autism’. I heard the diagnosis but my heart raged against what my mind knew to be true. I was aware of the possibility as the signs were clear, but still I was devastated. Such was the situation that despite being a world-renowned brain specialist and an expert in communication problems, I faced a blank wall, becoming simply another mother faced with a difficult diagnosis.

I clearly remember the day I was in the hospital about to give birth to my third child. The contraction-inducing drugs had been administered and I excitedly looked forward to meeting my new baby. I focused on my breathing, the doctor’s instructions and the fetal heart monitor. Suddenly, the room cleared and the doctor spoke. ‘The umbilical cord is wrapped around the baby’s neck four times… listen carefully to my instructions’ He paused. ‘Cheri, you must push the baby out exactly when I tell you to, otherwise you could strangle him. Delivering your baby may be the hardest thing you will ever be asked to do.’ A few months later, I was beginning to suspect that wasn’t true.

Whitney seemed to have no emotional responses. While my other older children, William and Vanessa, would cuddle with me, their youngest sibling was lost in his own world. It was as if he was a shell for whom his mother and sib lings did not exist.

Having worked with thousands of stutterers, apraxics and stroke patients as well as children with delayed language, I was faced with a major question. Did Whitney have a disease that would need a cure, or did Whitney have a group of symptoms that could be replaced with training? If I could figure out the symptom clusters as I had done with the other communication disorders, then perhaps Whitney could learn to become symptom-free.

I discerned a pattern – Whitney had a knack of returning to places he had been to earlier. He was also always ripping apart his toys and examining their workings. Most importantly, he was problem solving. This was no mentally retarded boy. He seemed to be accessing his visual memory and his visual  mechanical thinking.

My 15 years of research before Whitney’s birth had fine-tuned my mind to catch the pattern – this would be the way to pierce the walls of silence surrounding my darling son. Together with Vanessa and William, I worked to reach Whitney through his silent visual world.

A new theory of the  brain  soon  evolved  and  that  theory led to training to reduce and replace Whitney’s symptoms. The educational tools began with pictures, videos, and logos. Over the next 22 years, I discovered that many children with symptoms of autism or other diagnoses like attention deficit disorder or behavioural disorders are highly visual and hove at least one highly visual parent.

Both parent and child think in a colourful world of images rather than wo rds. The parents are in fields like engineering, architecture. medicine, computers, art, and business. They are extremely capable of intelligent thought and communication but they think in pictures first and then convert to words. The child with autistic symptoms of the visual parent may have visuals that are over­ working to the point that language is underdeveloped, or as in Whitney’s case, non-existent. 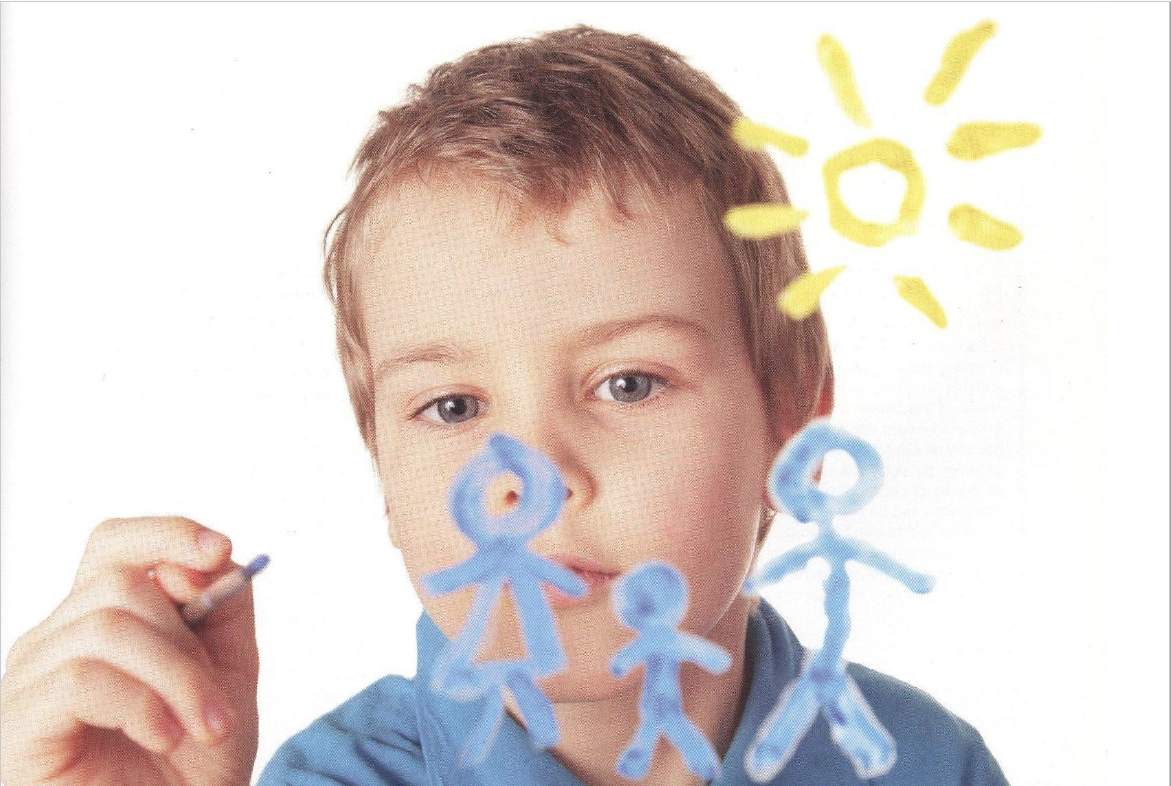 Our goal for Whitney was to help him become symptom-free and to enable him to become his own advocate. Soon my son was telling a committee, and w inning his argument, that he no longer needed special education support. Whitney was right. By high school he was one of the bright kids of the school, playing championship football for an outstanding team, winning state honours in science and ac ting and producing plays.

Now Whitney is studying for his degree in chemical engineering in New York City. To hear Whitney tell his own story, go to www.ebrainlabs.com

The mother in me struggled against the doctor in me when considering whether to share my family’s traumatic experience with the world or let it be a closed chapter. The mother wanted to protect my child – but what of the other families enduring this challenge?

Whitney himself reconciled this dilemma for me as he feels strongly that his story should be used to help others. He and his siblings helped me write a book, Maverick Mind The book’s revelations of my path-breaking discovery were
hailed by the scientific community and harried parents alike. The visual thinkers or Highly Visual Minds are now called Mavericks.

In the video, Understanding the Maverick Mind www.ebrainlabs.com). Whitney’s older brother William explains the method ‘The visual thinking system is so strong that we harness it by training so that it can be completely independent of language. Mavericks improve when we are able to teach the visual and verbal thinking systems to work together in synergy, moulding the two systems to function as companion partners. As the harmony between these systems increases, we can teach the verbal system to work alone, which allows the Maverick to become symptom -free .’

I am now enjoying the best chapter in my 40-yeor career as I work with families internationally in my virtual training centre. We see very rapid results because we can work together daily with ease. William, Vanessa and Whitney have all benefited in adult life because we built a brain-friendly home in order to help Whitney. William is a process engineer for the Kraft Corporation and goes to Columbia University graduate school of engineering. Whitney is completing his engineering degree in New York City and Vanessa is completing her law degree. Learning to help Whitney become symptom-free has been a true blessing for our family and families around the world. For more information please contact me a t www.ebrainlabs.com

The Maverick Mind w a s first published in the USA by Penguin and Putnam, and then by Simon and Schuster in the U K. Now it is published all over the world. To order the book go to www.amazon.com